A brief history of polyethylene

Some of the best discoveries happen by accident. Isaac Newton's understanding of gravity is famously believed to have happened when an apple fell from a tree he was sitting under.

Other inventions occurred in the same way: such as penicillin – a result of Petri containers left unwashed and their contents growing the life-saving mould that is so commonly used today. How different the world would be if Alexander Fleming had been a little tidier.

Similarly, mankind would be in a very different situation had Hans von Pechmann not accidentally created polyethylene in 1898. While heating diazomethane, the German chemist created a chain of events that has changed the way we live in more ways than many may imagine.

And it all began with the white, waxy substance recognised to contain long CH2 chains called polymethylene.

The two chemists accidentally allowed oxygen into their production process, which created the high-pressure synthesis that remained irreproducible for another couple of years. Eventually, in 1939, industrial production began in earnest.

After the war, scientists had the ability to concentrate on discovering the many uses of the versatile plastic.

The material is now used in high-density forms such as milk cartons and food containers, ultra high molecular weight polyethylene in machinery, chopping boards and bullet-proof vests, and in the LLDPE form – utilised to make the strongest, most resilient poly water tanks.

Today, Alkatuff is a polyethylene designed to cope with sun, storms, heat, cold and the wear and tear of time. You'll find water tank suppliers all over Australia manufacturing their models using Alkatuff to ensure they are built to last in tough Australian conditions.

For instance, Bundy Tanks supply water tanks to Queenslanders searching for a product that meets their long-term water storage goals.

Ask for Alkatuff by name to ensure you receive a water tank built using every second of knowledge gleamed from polyethylene's rich history. 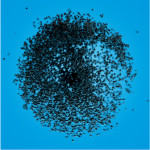